Nipsey Hussle’s family is politely refusing any fundraising attemts to support his children — even from celebs — because turns out their dad made sure they’d be financially secure!

Sources close to Nipsey’s family confirmed that Nipsey made sure his 2 children, Emani and Kross Asghedom, would never have to rely on other people for money.

However, there have been multiple attempts leading to crowdfunding pages popping up for them — including the one retired NFL star Reggie Bush started — we learnt that the family wants everyone to know the kids are more than alright and so don’t need fundraising. 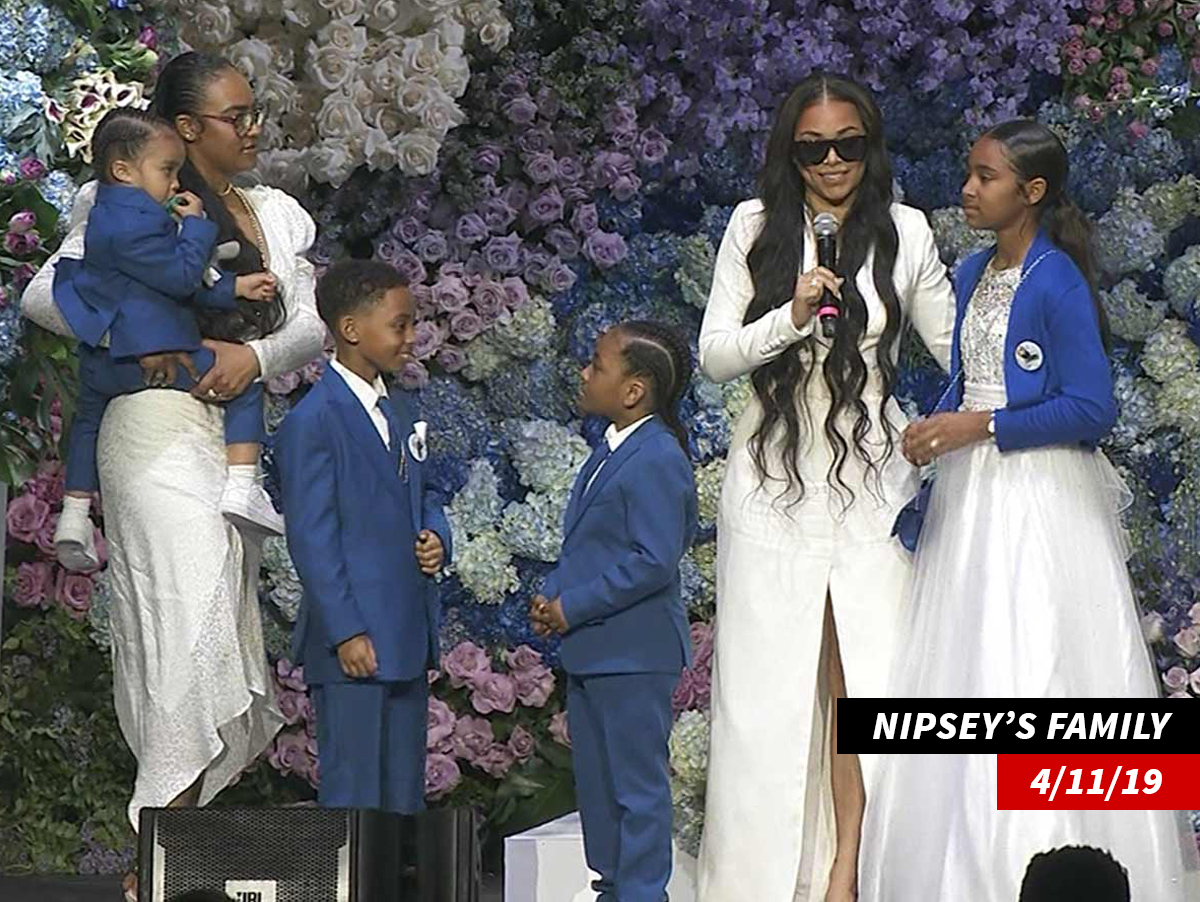 Hussle was remembered as a savvy businessman during his celebration of life and for good reason. We learnt that he owned all of his master recordings, his Marathon Clothing store, and he had also set up multiple trust funds to make sure his kids and family would never need fundraising handout.

Bush set up a GoFundMe in hopes of raising $100,000 for Nipsey’s children, personally chipping in $10k to get things rolling. But, that attempt of fundraising has already been scrubbed from the internet.

The family is very grateful for the outpouring of support, but as one source put it — Nipsey just wouldn’t want it that way, and since he left his family financially stable. they woundn’t just be needing it. Stay with us for more details.